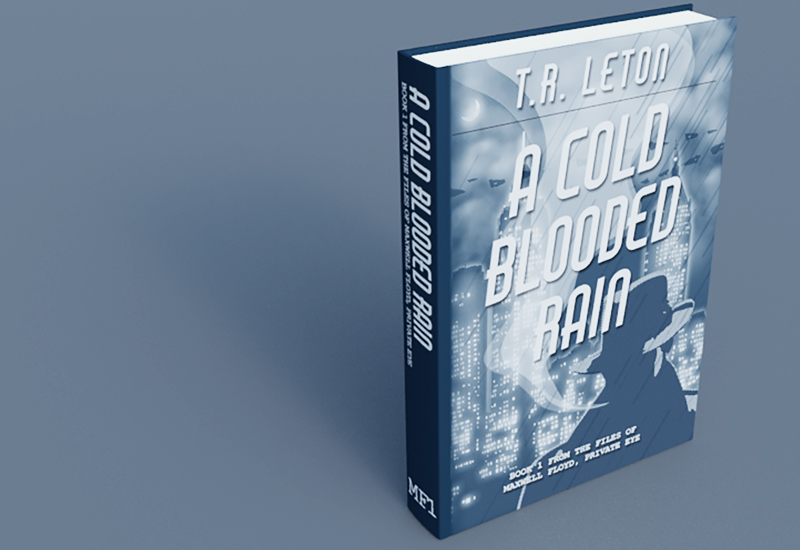 An Intro to the World of Maxwell Floyd (Part 1 – The Beginning)
October 28, 2017 t.r. leton Leave a comment About the Books

Well, here we go. My name is Todd Leton, and I’ve spent the last twenty years in marketing and graphic design. As a musician, I’ve written and released two studio albums over the past decade. But ever since I was a young boy, my passion has been writing. I’ve always loved the classic noir, hard-boiled detective stories: The perfectly flawed, down on his luck hero. The gloomy weather, the grit and the shadows. The slow, breathy saxophone. I’m also a big movie buff, so I love many of the old Bogart flicks and other noir classics. I’m also a fan of sci-fi noir (Blade Runner and its sequel are particular favorites!). In 2011, I began writing my own novel, A Cold Blooded Rain, released November 1st, 2017. It’s the first in an ongoing series. 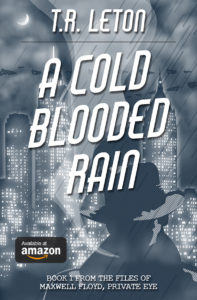 In book 1 we meet Maxwell Floyd, once a highly regarded Homicide Detective with the NYPD, who’s lost everything. He’s at rock bottom, a broken man who spends his days at a dive bar with a cast and crew of barflies and bartenders that he regards as family. When he hears about the murder of a famous young woman, it only reminds him of his life’s many failures. Before long, he’s given a shot at redemption, and to maybe turn his life around. All he has to do is solve the woman’s murder. But of course, it won’t be easy, with danger, drama and twists and turns along the way.

To find out even more, read Part 2 of An Intro to the World of Maxwell Floyd.