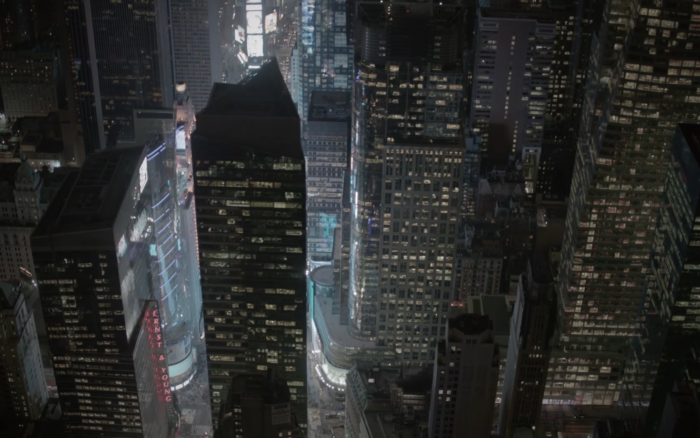 Book 1, and most of the books from the series, take place in a future New York City and combines many of my favorite visuals and themes. Classes are quite distinct: there are the wealthy, and everyone else. The rich and powerful live in the upper levels, the 30th floor and above, throughout the city. They have everything they need up there; the most luxurious penthouses and rooftop mansions, the poshest shopping malls, the finest restaurants. They even have their own police precinct and emergency services. They can afford the newest most advanced technologies, like flying cars. They don’t even have to set foot on the ground if they don’t want to. 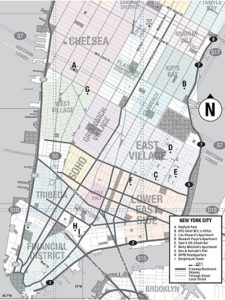 But down on the streets, in the lower levels, is where the action happens and where most of my stories occur. Considered “the slums,” it’s a tough place for the people who live there, grinding their way through life just trying to get by. Crime is much more abundant. The power and communications infrastructure is quite shaky, frequently going out. Things are often left in disrepair. It’s the proverbial “other side of the tracks.” 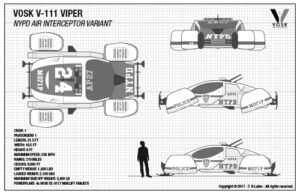 Though set in the future, I wouldn’t consider my books Science Fiction. I wanted the time period to serve as only the setting, with very little impact on the story. Technology is actually not as advanced as you’d think it might be. Sure, there are flying cars and other really cool things, but at some point in the backstory, war had an effect on the development of high tech and its availability to the general public. The vast majority of people simply can’t afford it, leaving the luxury for the very rich and the government.

Flying cars, or “Flyers,” are a good example. EXCERPT: “Flyers, vehicles far too pricey for us lower-level Joes, were their [the rich] primary means of transportation. The wealthy roamed about, free of traffic, on the skyways that crisscrossed the city sky.” Another example: In the time period of my book, EVERYONE has a “home hub,” which is much like Amazon’s Alexa or Google’s Home Assistant. But even in the future, these are very limited systems, pretty much only used for basic home management, turning on the lights, changing temperature, ordering items. Those who can afford it have what I’ve termed “House Intelligence.” These are much more advanced versions, able to carry out broad instructions that can span outside the home, and that can interact with people on a much higher level than simply scripted responses. 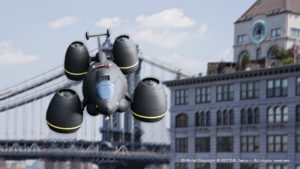 The government (city, state, federal) also have access to newer tech. They have flyer units as well, like the NYPD Air Patrol Interceptor, a high speed flyer that can travel the length of Manhattan in roughly three minutes. NYPD’s ESU (Emergency Service Unit…SWAT, basically) has a fleet of tactical flyers, big and bulky, armored and armed for any number of situations. One of my favorite pieces of tech used by ESU in my first book is the EMDS-7100 Stun Rifle, firing BTG (Ballistic Tasing Gel) rounds. It’s a stun gun with a range of 300 yards that fires a purple goo (police have nicknamed it shock-snot) that sticks to its target on contact and releases a current of electricity to incapacitate.

These are just a few examples of the tech I’ve created for my world (you can see more here). It’s always fun coming up with new ideas, or even expanding current existing ones, while trying to give my books a sense of realism and practicality when it comes to what the future might bring.

To find out more, read Part 3 of An Intro to the World of Maxwell Floyd.